That is a regret of mine... not being able to stutterbox away from the church in my DSM
► Show Full Signature
My 97 Talon My 98 Eclipse

That is a regret of mine... not being able to stutterbox away from the church in my DSM
Click to expand...

My luck, I would have snapped the tcase in half and never heard the end of it if I tried to leave hard. My car releasing the schmoo in front of everyone - what a typical 3000GT story that would have made.

So I rolled out soft then gave it the tits - and looped through for a second pass and more boost.
► Show Full Signature 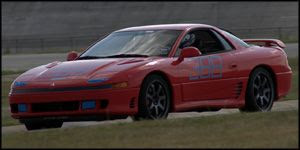 Joined Sep 2, 2003
·
3,256 Posts
Later than Diambo check in.
► Show Full Signature
While it's true beauty is only skin deep, UGLY goes clear to the bone... BISHILVR

I'm feeling nostalgic. Might start looking for another Talon AWD. I still have a garage full of parts that I never got rid of. lol

Joined Aug 26, 2000
·
17,452 Posts
I actually get that same nostalgic bug every once and awhile. My old Talon (the green one) came through the shop about a month ago and laid down 700 AWHP. The kid who bought it from me back in 2000 has been sinking money into it for the past 17 years and it looked awesome.

Joined Oct 3, 2001
·
4,869 Posts
Sup guise. Still around, haven't been playing with the cars much though I am getting the itch to get back after it on the red car. (Still have gauges, boost controller, and LED tails I was building before we bought the house...). I did finally get around to blocking the FIAV after all these years of running no TB coolant hoses... :tat:

Current project is a small-but-fierce dedicated theater room in the house. Converting an upstairs bedroom to seat 5 with the shit ton of gear I had at my old house and a 115" 2.35:1 screen.

Here is the sketchup model of what it'll look like, ish. Front speakers and 18s will be visible below the screen (didn't have the room depth to build a false wall and hide them), sides/rears will be hidden in the columns around the room.

Gear will be in a closet on the left side of the room with a hidden pivot door, basically it'll blend in with the wall except for a small handle or knob.

Working on the columns for the side/rear surround speakers currently. I have a crap ton of infinity RS2 bookshelves and I am building an identical-volume enclosure into the 6 columns you see in the rendering above, and installing the RS-2 drivers, crossovers, and ports into them.

Something like this. Front of the column will be a removable black fabric panel between the upright rounded-over pieces (which will be painted black).

How the guts fit:

Best for last.... I tested the projector in-room a while ago. (It has since been removed so that work will continue - I spent several hours in there "testing" movies off a damn laptop with no real sound system!)

With the lights on, programming the lens memory / auto detect stuff in the PJ...

16:9 content will be pillarboxed (vertical black bars on the sides)... imagine the whole computer desktop is a 16:9 movie or HDTV show:

And now for the real shit, lights out. Projected onto the wall, haven't even bought the screen yet.

Joined Aug 23, 2002
·
2,681 Posts
Sup' fuckers... Good to see the majority of you are still kicking! I still DD the Evo. It's getting to that point where I will likely be looking at something different soon, PA is eating it slowly.
I'm going to try to squeeze a few more years out of it. I think when it finally goes, and the era ends (for me) I'll be sad.
► Show Full Signature
-Dustin
Demon Motor Works
10 Hundred Racing

Asmodeus said:
I think when it finally goes, and the era ends (for me) I'll be sad.
Click to expand...

That's what you think. They have a way of pulling you back in. After almost 12 years of not having a DSM, I'm buying a VR4 from a friend because the addiction is real lol.

Joined Feb 26, 2003
·
294 Posts
Good to see that you old turds are still breathing. Found a 1g AWD on Craigslist last October and picked it up for a pretty decent price. My buddy and I are in the process of swapping an Evo3 16g with supporting mods right now -- we are hoping for 400ish on e85. Should be a fun little toy when the weather is nice. It's much easier to build a car when you have an adult job with extra money laying around...parts are cheap compared to what we thought they were when we were younger

Joined Dec 18, 2001
·
2,615 Posts
I went on vacation the last 2 weeks of March, and was laid off the first day back to work. I've found a new job and am moving this weekend near Cleveland. We should be closing on our first house by end of August. I just put a Kaaz front diff in the Talon and tried resealing the leaky Moroso oil pan with no luck. So it's likely the car will be a garage ornament for at least another year as the house will get priority. If I'm lucky, I'll at least be able to catch a bit of the shootout as it'll be local for me at that point. I'm starting to research building a theater room as that's something I've wanted for years. The basement is 1/3 finished, and I have an area in mind but need to scope it out a bit more. I "settled" on a house with a 25x25 garage. Most 3 cars in the area are very tight and there aren't many to choose from. I did find a house with a perfect 3 car and extra deep basement but it was over 1k square feet more than I wanted which would have just driven up utilities, along with higher taxes and an hoa fee.
► Show Full Signature
It runs.

greenstreak said:
That is wicked. I'd love to have something like that in my house. What kind of $$ investment are we talking to setup a room like that?
Click to expand...

Trouble is, a lot of the expenses trickle in on little onsie-twosie trips to HD/Lowe's for misc supplies.

On big ticket items, I'm dropping about $12-13k. Plus whatever I had into equipment that I already owned (speakers/amps/subs mainly, everything else is part of that figure).

Since my last post here, I figured out how to hide all the speakers. LCR will be in-wall behind an acoustically transparent screen (infinity RS-3 guts installed into in-wall boxes of my design) - and the 18s are going into the attic, firing into a manifold that opens into the room. This will maximize floor space and there will be nothing visible up front other than a big ass screen.

Because pics are fun... these are from the crown moulding install.

Now for that attic sub stuff I'm working on now.... here is the attic plan (screen wall is left side of pic with the two supply ducts... return duct over the back row)...

Inside the room. New supply ducts at the front, and the sub manifold port is on the right. Circle is the sweep of the ceiling fan blades (yes I am keeping a fan in there, but not the one in the pics)

Details on the subs. They are 18s in sealed boxes that I had in my old room. I am just building the middle manifold piece and using rubber pads and isolation brackets to float it all over the joists.

Just glued up the manifold today, here's a test fit with both sub boxes. Upside down because reasons.

That oughta hold things over for another 4 months... :tat::tat::tat:

And if for some reason you just can't get enough.... here's the build thread on AVS. https://www.avsforum.com/forum/19-dedicated-theater-design-construction/2910502-mctheatre-ii-build-thread.html
► Show Full Signature

Joined Jan 26, 2006
·
9,819 Posts
Good to still see you around James. I finally got my access back after a couple years. Seems I got locked out of my account when VS changed passwords without telling me. Fuckers!

Looks like a pretty cool set up.
► Show Full Signature

Still working on the theater (of course). Seating should be delivered end of January - I am to have everything done except carpet by then. (Might have to move the riser forward a few inches; will need seats on hand to test and figure that out... then carpet right afterward.)

I'm not sure I updated anywhere on here. I moved and got a house in Ohio. Home projects are taking priority over anything car related now. I've done a bit of repainting, a bit of landscaping (shitload of raking). I redid a half bath (I can't stand the kid size toilets the house came with), the kitchen is done now after putting in a new fridge and changing all the cabinet handles. I'm planning to make a 12x15 area of the basement into a theater, I'm guessing that's probably 2 years at the soonest from now as there's 3 other bathrooms to finish updating first. At least the projects are slowing down for now and I'm hoping to actually take some time off during the holidays.

After moving here, I made it a point to get to the shootout again. It was nice going there, but also a very different experience going home each night.

Here's a snap of the garage before painting it. I've taken all the crap off the walls and have 3 more led fluorescents to hang still. Up close is a hand railing around the basement stairs that's doubling as an extra work bench (stainless counter top courtesy of working at a paint counter many years ago).